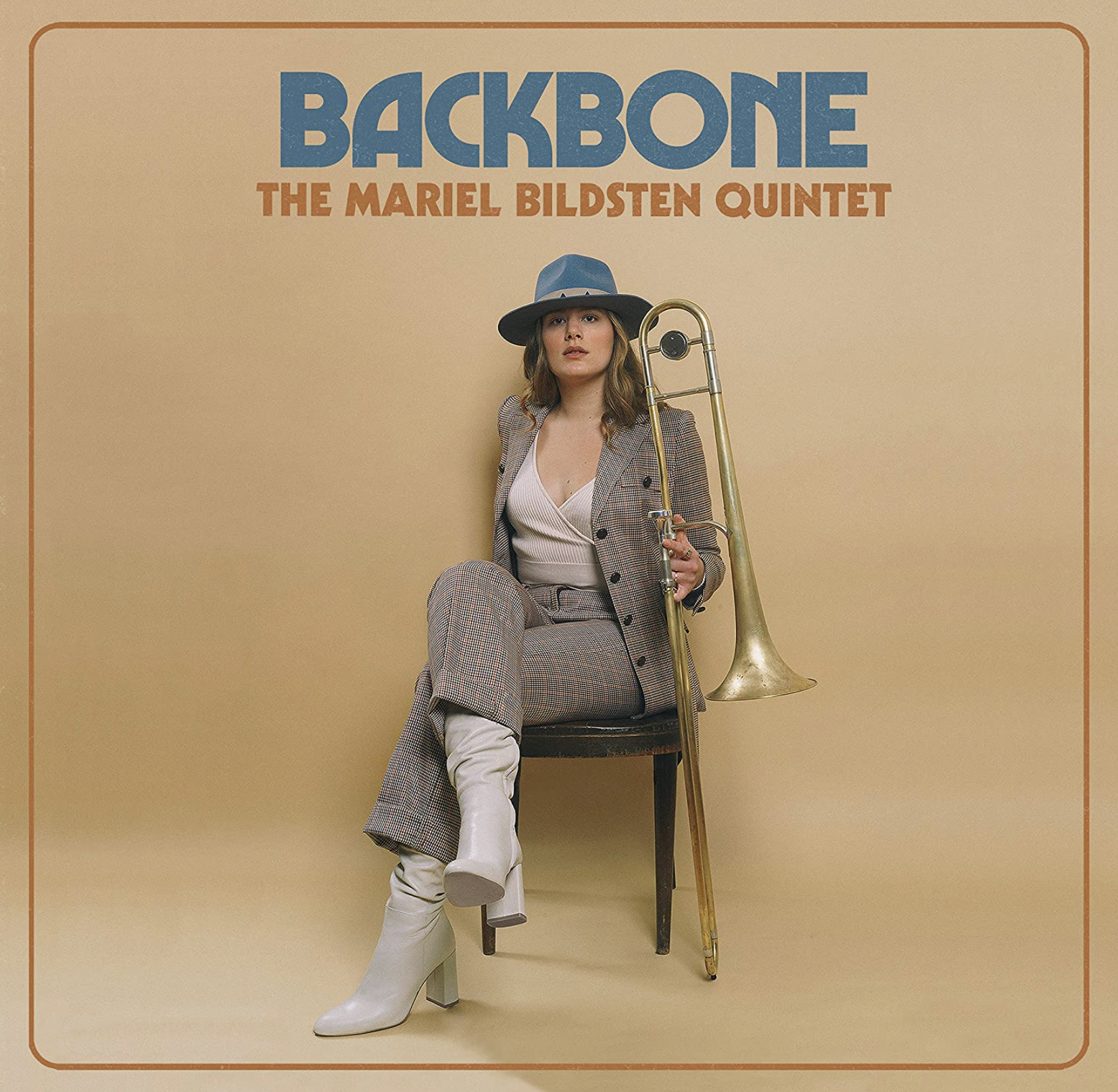 Backbone is trombonist Mariel Bildsten's debut album as a bandleader. It features her interpretations of jazz standards and melodies. Her lyrical, swinging style and exuberant arrangements are an ode to New York City, a place that has provided inspiration, challenges, and joy. Backbone showcases Bildsten's dynamic tone and phrasing on trombone, and features the masterful interactions and artistry of Stacy Dillard on tenor and soprano saxophone, Sean Mason on piano, Ben Wolfe on bass, and Evan Sherman on drums, plus a guest appearance by percussionist Keisel Jimenez.

"Backbone showcases the quintet’s irrepressible spontaneity. The program, which includes Ellington’s “Mood Indigo,” provides plenty of opportunities for the players to simmer and cook, as Bildsten does alongside bassist Ben Wolfe on Harold Arlen’s “The Man That Got Away.” Other repertoire selections, and their subsequent arrangements, emerged from the hang." — Downbeat

"Recorded in a single evening after a four-night stretch of shows at Dizzy’s Club Coca-Cola in January of 2019, Backbone captures a band unburdened. It’s just another night with the music flowing, and that unostentatious aura makes this album a joy to encounter." — Jazz Times